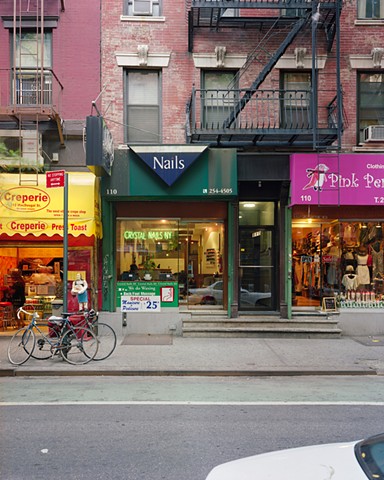 The Folklore Center at 110th Mac Dougal Street was a small shop owned by Izzy Young that sold everything it had to do with folk music. In the early sixties, it became the gathering point of the american folk scene. Bob Dylan spent most of his early days in New York here: “Izzy Young had a backroom with a potbellied wood burning stove, crooked pictures and rickety chairs. The little room was filled with American records and a phonograph. He would let me stay back there and listen to them.”