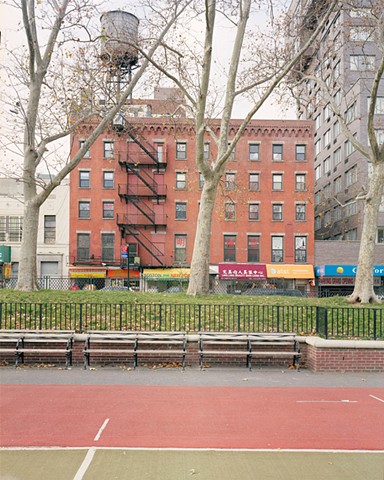 The first time Beastie Boys got any money was in 1983 when they sued British Airways for using part of Cooky Puss in an ad. They had a 40.000 dollar cheque: “That money enabled us to make the move for the independence. We got a floor in this Chinese sweatshop building on Chrystie Street. One time we heard this really loud explosion in the kitchen. Our toaster oven had a hole on top and a hole in the back. There was a hole in the wall behind and a hole in the ceiling. Apparently, somebody upstairs fired a gun through the floor. We ran up there and there was nobody in the room but this old woman. She didn’t speak english. You know some crazy shit had happened in that sweatshop and they had quickly covered it up. Dragged the body out.”