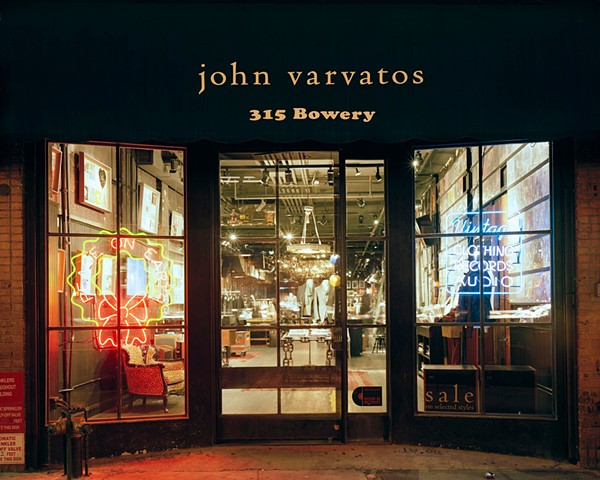 “We had been looking for a new place to play where nobody else would come along and push us aside. Tom Verlaine came to rehearsal one day and said he had seen a guy working on what looked like a promising place. It was on the Bowery, right under one of those flophouses for homeless and alcoholics, and nobody would want to take it from us. The next day Tom and I walked over there and saw this guy, Hilly Kristal, up on a ladder putting up the sign in front: CBGB. We asked him if he was going to have music and he said: “Yep.” We asked him what the letters meant and he said: “Country, bluegrass, blues.”