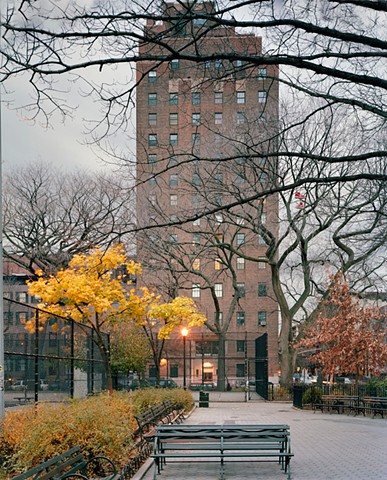 Christodora House is a building located at 143 Avenue B, constructed in 1928 as a settlement house for low-income and immigrant residents providing food, shelter and health services. In 1948 it was sold to the City of New York and in the sixties a variety of unsanctioned activities took place in the lower floors. This led to a police raid and closure in 1969.

It is reputed that the national headquarters of the Black Panthers was housed in the building, and that it was also the site of several pornographic films. In 1986 Christodora House began a conversion process to a condominium for the new residents of Lower East Side. Iggy Pop is one of the first to buy an apartment here, where he writes the songs from his twelfth album, Avenue B I am gonna need a miracle Tonight on Avenue B